(This is an element of ‘Cooking‘) 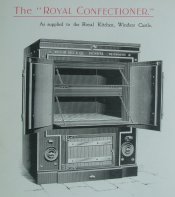 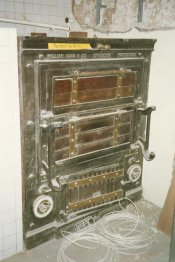 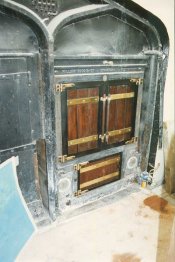 The Royal Confectioner – as supplied to the Royal Kitchen, Windsor Castle

William Sugg products last a long time! This catalogue picture is from the March 1904 catalogue and the two pictures by courtesy of Tim Martin show his work on refurbishing two Sugg products in Windsor Castle around the turn of the century – but NOT the 19th to the 20th, the one just passed! Tim Martin specialises in engineering work on old appliances and in many important premises working with the National Trust and other major organisations. His contact information is given under ‘Contacts’.

Below is a picture taken in the Gas Museum at Bromley by Bow – sadly no longer – showing the front of the actual Royal Confectioner that was installed in Windsor Castle until it was considered redundant in 1980 as indicated on the label below. 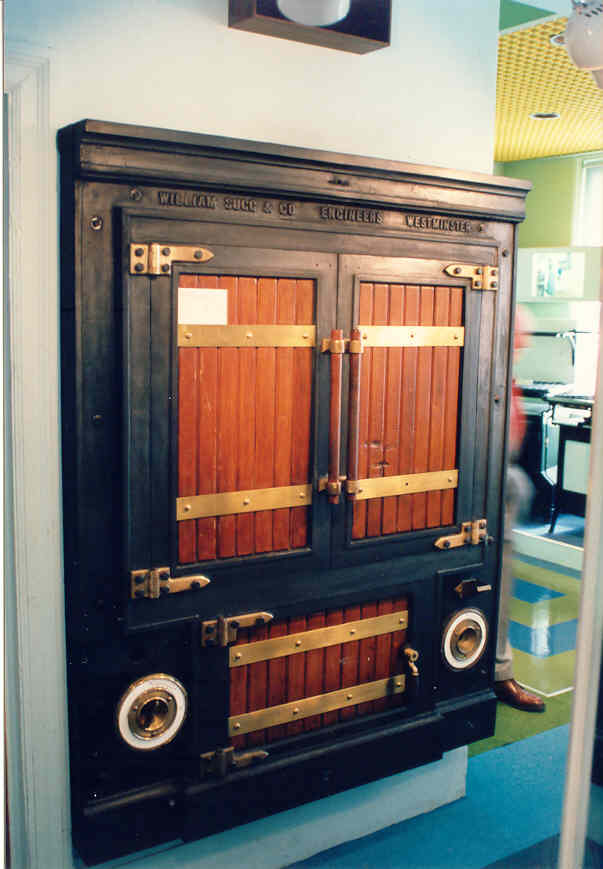 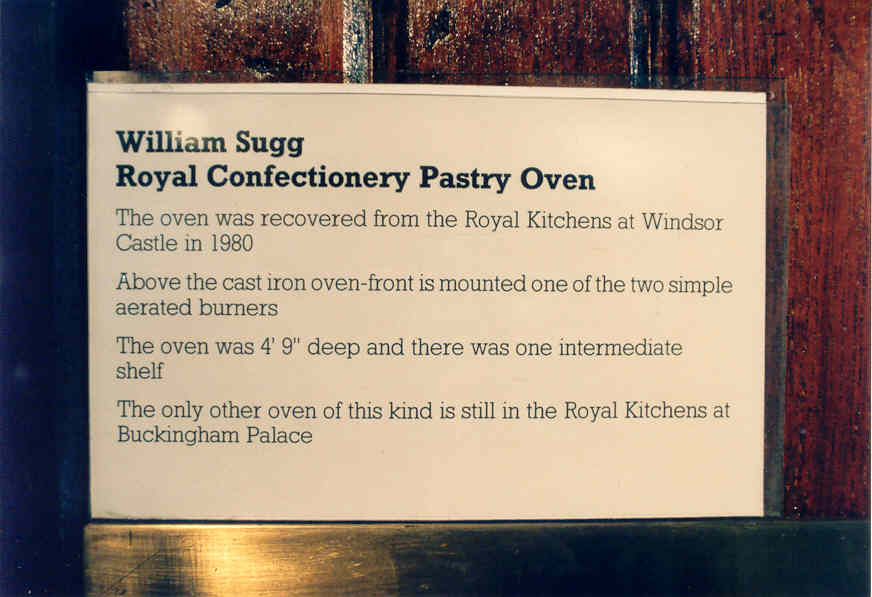 There are plenty of other Sugg products in royal premises – look at the lighting section! 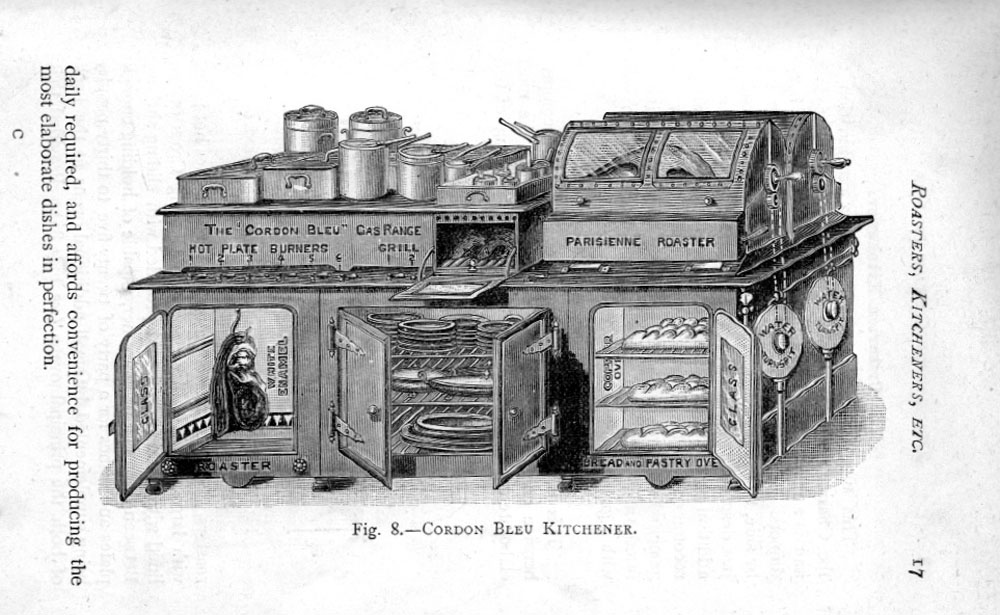 This page from Jenny Sugg’s ‘Art of Cooking by Gas’ of 1890 illustrates the Cordon Bleu Kitchener which is clearly destined for a very large kitchen or household or perhaps a commercial kitchen. It is double sided so could only be used in a large room. One interesting feature is the drive mechanism for the twin Parisienne Roasters on the right hand end which is shown as a chain drive from a ‘Water Turnspit’. And the two ovens are shown with glass windows important for viewing the progress of the cooking without disturbing the temperature.

Top of this page
or
Back to Cooking