(This is an element of Lighting – Interior Lighting)

Pages from the 1880’s Catalogue illustrate the huge range of perfectly proportioned open flame fixtures designed to satisfy every size and shape of room. The first two pages show ceiling mounted pendants with swivels to allow them to be pushed up out of the way during the daytime whilst being low enough to provide sufficient illumination at night. Two of them even have two arms for wider spread illumination. If you refer to the ‘Collectors‘ section you will see one of these swivel fixtures still in use occasionally in a house in Bristol. 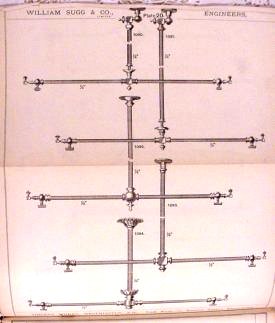 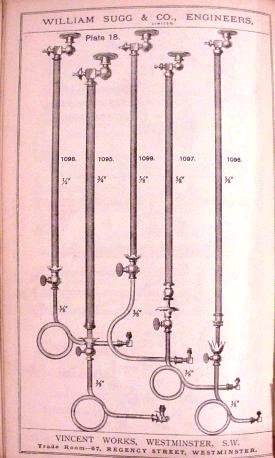 These next two pages concentrate on wall brackets, especially swivel brackets, two of which have triple sections to provide more extension into the room to put the light source nearer where it is needed as with the pendants above. 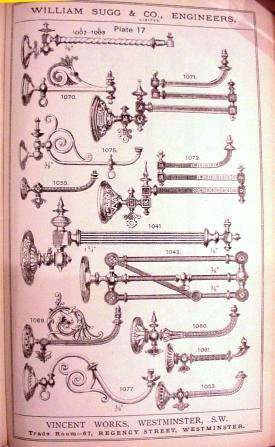 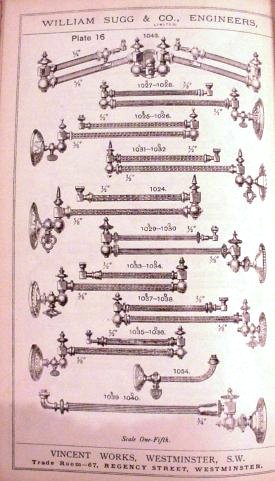 The wall brackets on the left below are made from curved tube with curly additions as opposed to the decorated tube in the ones above. The right hand page shows fixtures, three of which are shown with open flame Christiania Governor Burners. 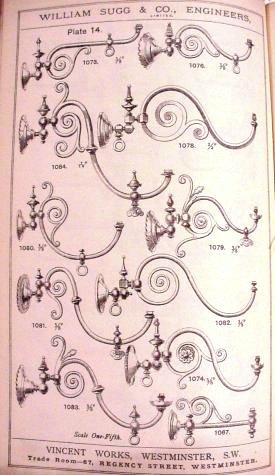 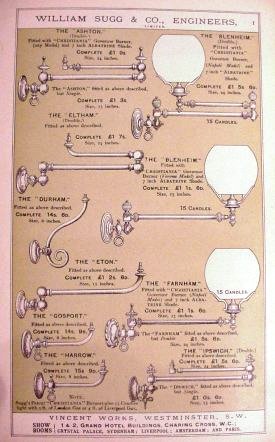 The two pages below show ‘matching’ or suggested pairing of pendants and wall brackets. 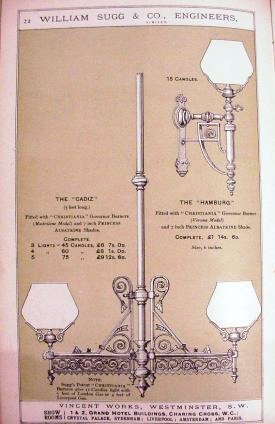 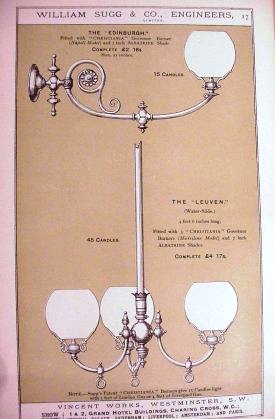 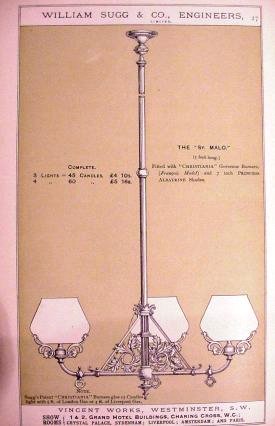 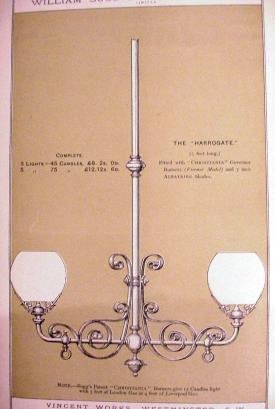 The pendants below look more like decorative oil fixtures especially with their ‘smoke bell’ which is the piece of glass mounted centrally above the burner and designed to catch any ‘smoke’ – which was a common problem with oil lamps! The fixture on the right curiously called the Altenburg is 6ft long and 2ft 6in across the glazed section and is fitted with a multiple argand burner with a chimney that you can see projecting above the canopy. 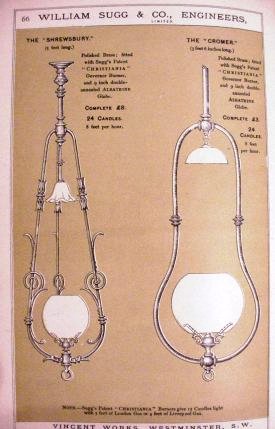 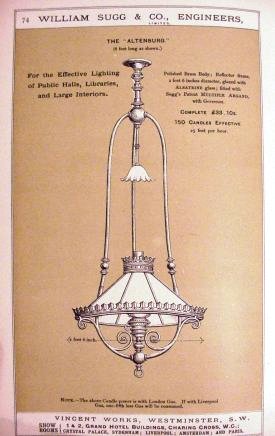 The 1905 catalogue below has these substantial pendants and wall brackets with upright burner – although the burner is offered as an ‘extra’. So more than 20 years after the catalogue illustrations above and a similar time since the mantle was invented, the same type of bracket is still being offered. The catalogue does, however, offer the whole range from plain brackets to fixtures with mantles to ensure that every requirement was covered. 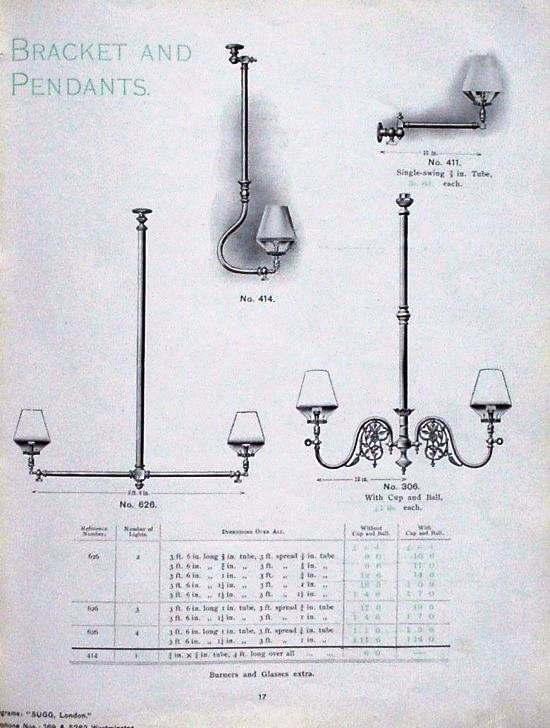 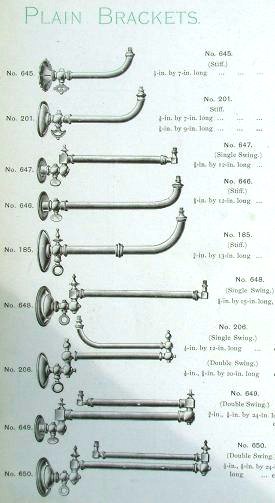 The illustration above from the same catalogue shows the range of plain wall brackets still available at the beginning of the 20th Century for open flame burners. They include the top two which were known as ‘stiff’ brackets because they did not swivel and several swivel wall brackets of which the bottom three are double swivels. Triple swivels were also available. The reason for the swivel was to allow the modest light source to be positioned nearer to the user whilst it could be pushed out of the way during the daytime to avoid walking into it. These fixtures would often be provided with a bowl shaped piece of decorative glassware although the brackets themselves are far less decorative than earlier models, doubtless for both cost and style reasons.
These wall brackets were often updated to upright mantle and then later to inverted mantle. See ‘Fixtures with Mantles‘.