The title ‘brassware’ applies to almost any brass item that carries a fluid. In the Sugg business this would predominantly be gas but it would equally apply to water.

Whilst many items such as gas taps control the flow of gas, ‘brassware’ equally applies to elbows, adaptors and a myriad of items as can be seen below. William Sugg produced millions of brassware items.

The following two advertisements in the gas press indicate the diversity of brasswork made by the Sugg company and were part of the effort to restart more normal business after WW2. 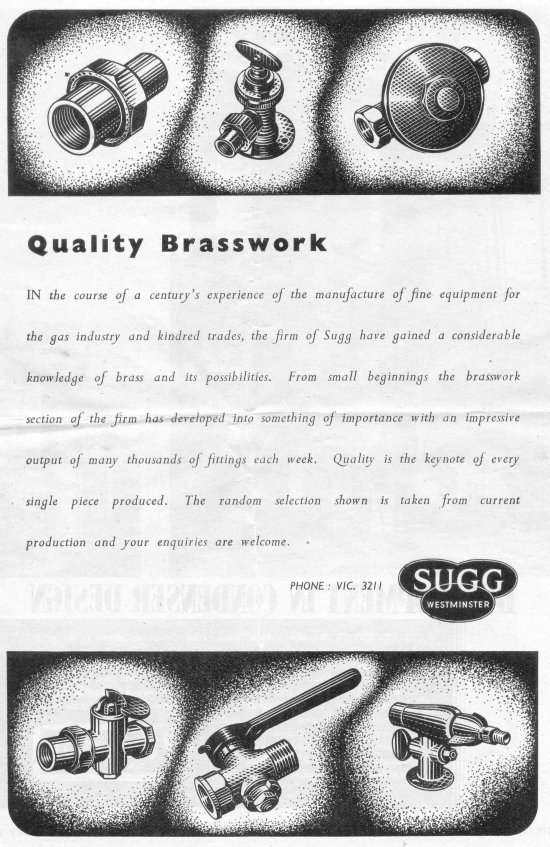 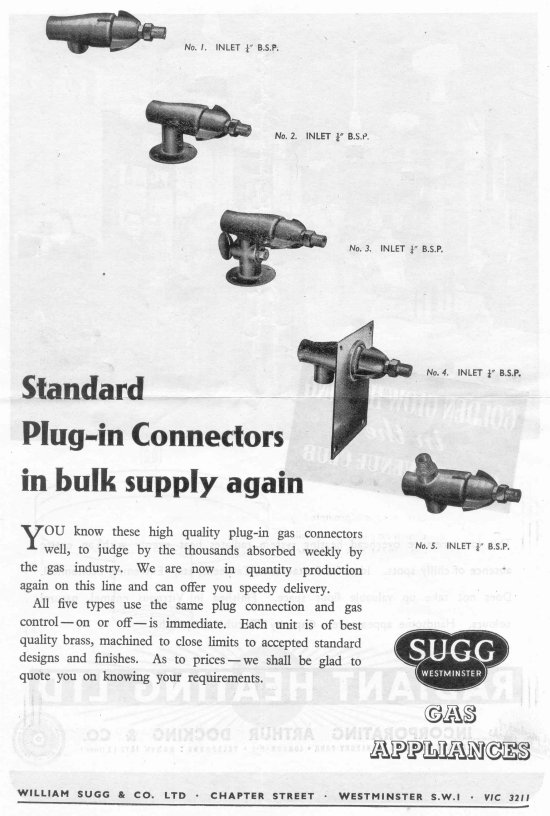 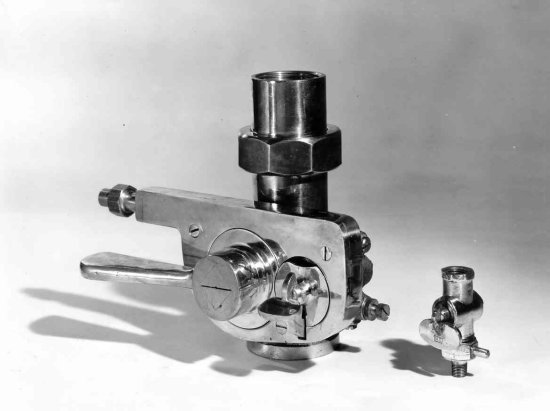 The interlocking cock below also shows the two parts of a bayonet connection which has been sectioned for illustrative purposes. When the knurled ring is turned the ‘plug’ is released and the spring loaded plunger pushes the ‘o’ ring seal against the cone cutting off the gas flow. 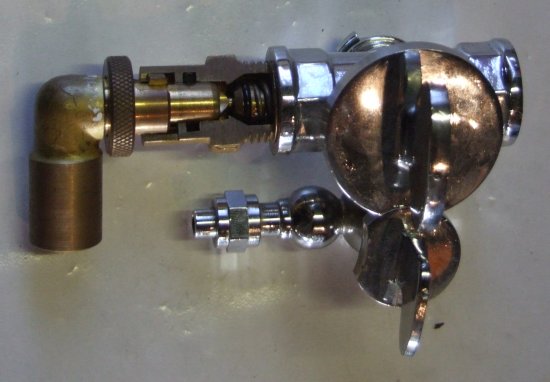 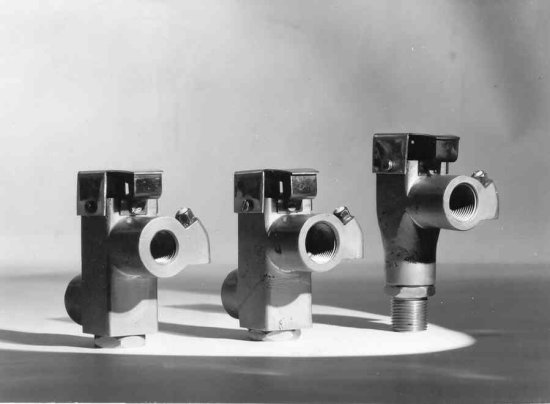 When Crawford and Ray Sugg were developing the Halcyon warm air appliances after WW2,(see Warm Air Heating) one of the devices they had to develop was a flame failure device (FFD) which they called an Automatic Pilot Device (APD) and much later in modern times was to be called the flame safety device. The three versions above are all APD’s using a bi-metal – a piece of metal that bends when heated – to press a plunger to allow gas to pass. If the flame goes out for any reason the bi-metal cools and straightens allowing the plunger to close and shut off the gas. The later volume production of Halcyon models encouraged the development of the ‘multifunctional’ gas valve developed specifically by Honeywell for Sugg, to provide all the individual controls required on these appliances, in one device. (A gas tap, a pilot supply, an FFD and a solenoid valve) 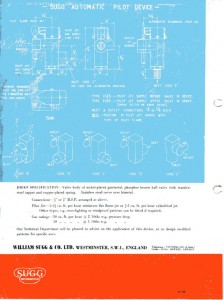 The sales leaflets in this colour scheme were designed by Crawford Sugg when he took on the sales director’s job in addition to being the Technical Director after the war until the Company could fill the position. 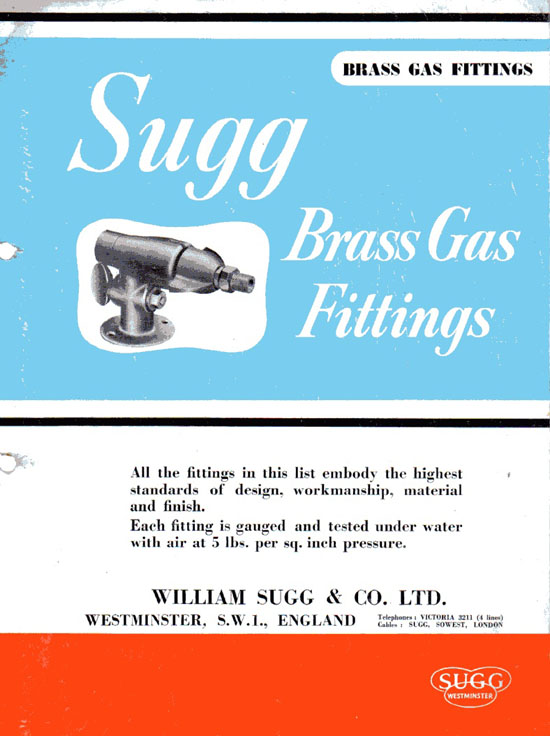 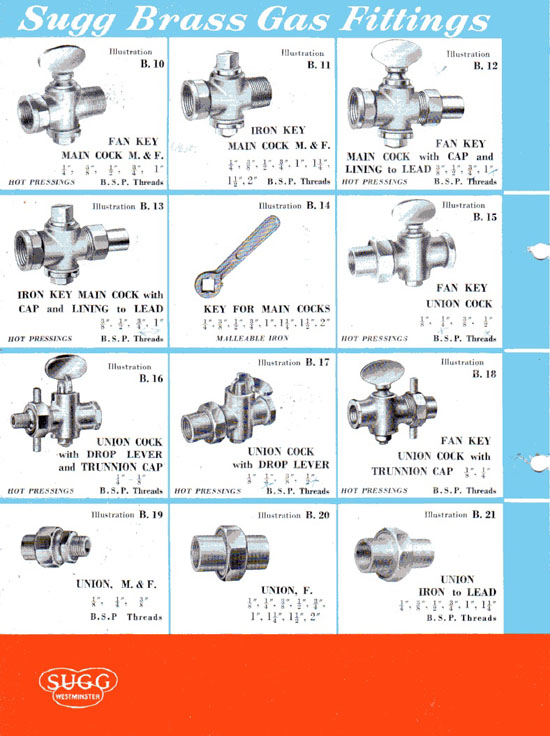 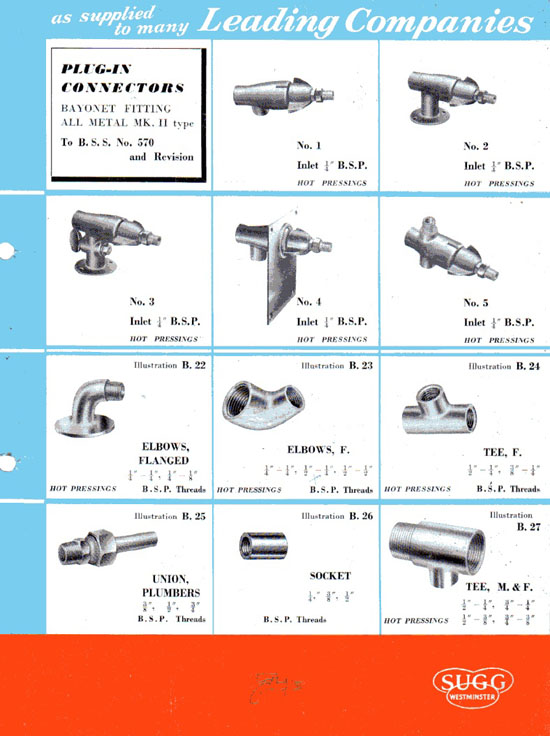 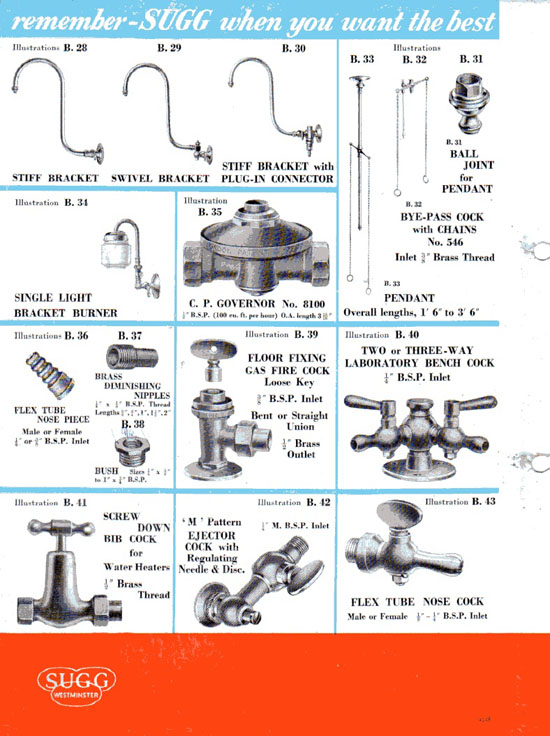