Barometers/Calorimeters/Thermometers – and a special clock! 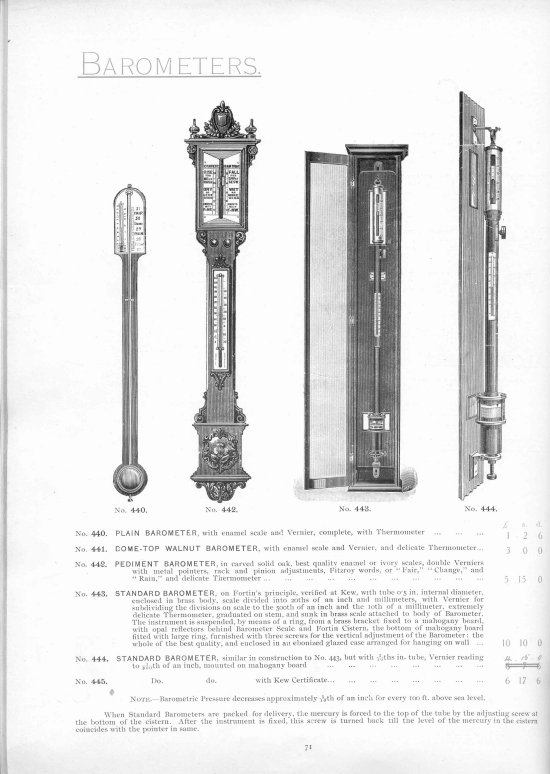 This page from the 1904-8 catalogues illustrates a range of barometers which were part of the scientific offering related to gas and gas products.

The ‘Pediment’ barometer number 442 shown in the catalogue was the subject of correspondence from a collector who had obtained and refurbished most of this barometer but the top pediment was missing. By being able to provide an original illustration this collector was able to reconstruct the top feature correctly.

Below is a 2006 picture supplied by Alfred Fleming of Fleming’s Antiques, a barometer specialist restorer and dealer in Portsmouth, who confirmed it as being a Fortin Barometer. It also carried the William Sugg name and I was able to recognise it as No. 443 Standard Barometer from the catalogue page above, so confirming the Sugg/Fortin connection. 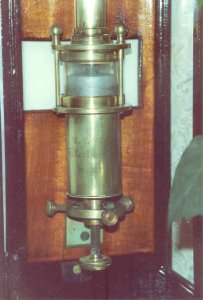 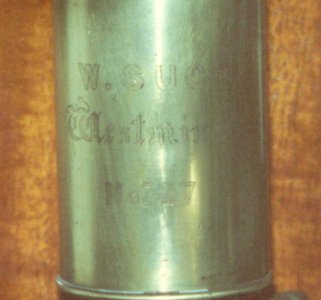 Close-up of mercury container showing the etched W.Sugg name.
This one is No.327 collected by a member of what was North Thames Gas.

A Clock from the Director’s Dining Room.

At present I believe that this clock is a special one-off. It was in the hands of a clock dealer, Tony Goodman, who specialised in ‘Fusee’ wall mounted clocks with the website https://www.fuseeclocks.co.uk/showroom/index.asp I understand that a former Sugg employee had obtained it during the closure of the Westminster factory back in the 60’s and that it had always been in the director’s dining room. Some 50 years later it had eventually been sold to another dealer from whom Tony had obtained it. What interested these dealers was the quality of the clock and a few special parts that had been altered or added to turn it into what you see here.

Many of the pieces of technical equipment have a clock mounted on them to allow for timing and it is believed that this clock was probably converted and certainly re-cased from one of these integral equipment clocks. I was assured that it was both unusual and valuable but not being a clock collector I was unable to justify the substantial price. The photographs, however, do provide a record of another side of the William Sugg business. We believe the clock dates from around 1880. 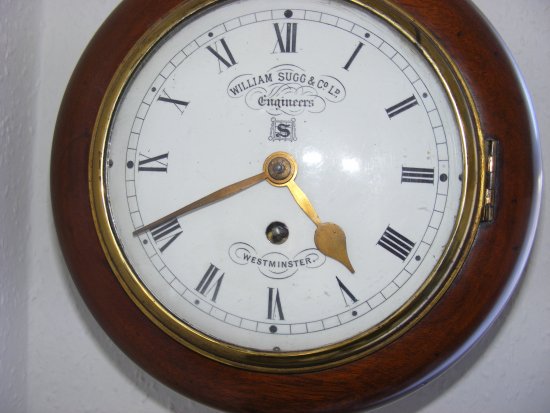 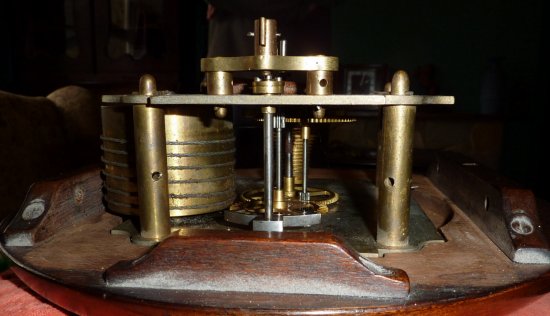 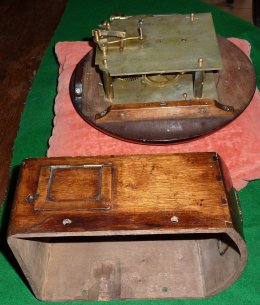 To my surprise I was contacted in October 2014 by Stuart Brown who had another William Sugg clock which was different from the one above. He then kindly sent me the following photos and told me that he lived in Australia and had bought this clock about 8 years ago in an antiques fair in Sydney. “Following a service it runs beautifully and keeps great time”, Stuart says.(You can see some of the correspondence in the comments section at the bottom)

So it looks as if there may well be other Sugg clocks around the world! My guess is that the mechanisms may have been bought in for use in technical timing requirements and either left over and made use of later or considered a possible new product. I have never come across any literature or sales details. Do let me know if you have either a Sugg clock or anything written about them. 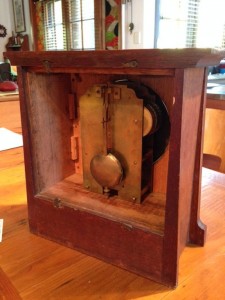 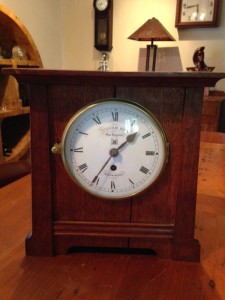 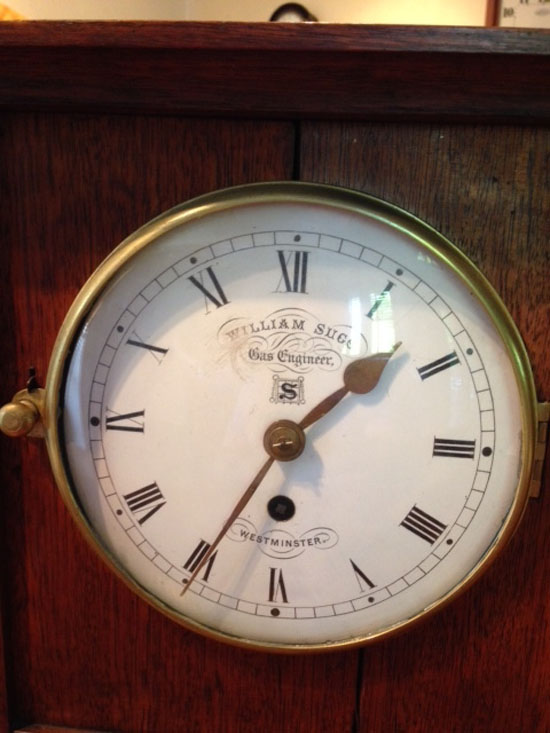 One interesting difference between the two clocks is in the inscription on the face. The first one uses the full William Sugg & Co Ltd and the general word ‘Engineers’ whereas the second one has the earlier William Sugg, ‘Gas Engineer’. Both carry the same logo and the word ‘Westminster’ appears identical. If this has any meaning the date at which the Company became Limited is 1881 so one must be after this and the other might well be before.