This is an element of ‘Heating‘

London in early Victorian times was a pretty dirty place! Every home had numerous coal fires and coal cooking ‘ranges’ all of which belched smoke into the atmosphere. William Sugg developed the ‘Charing Cross’ gas fire as an assembly to fit into an existing coal grate followed by an ever increasing range of complete ‘gas fires’ as we would recognise the name – if not the appliance!
The illustration below states that the Charing Cross Gas Fires ‘May be fitted to Ordinary Drawing Room, Dining Room and Bedroom Grates —-‘ 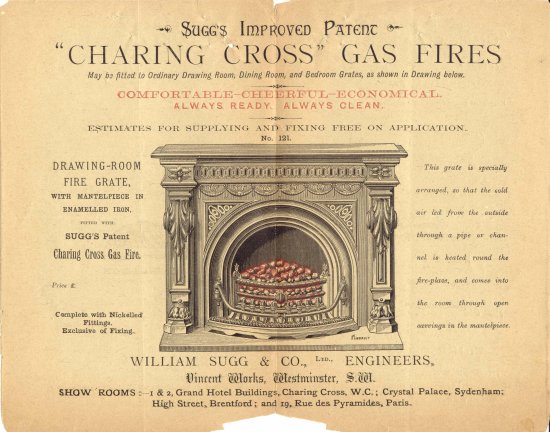 Using the same name ‘Charing Cross’ – doubtless taken from the address of the London showroom, 1 & 2 Grand Hotel Buildings, Charing Cross, W.C.- the range of gas fire appliances included the ‘Nursery Stoves’ and ‘Gas Stoves’ shown below. The former says that it can be ‘placed in front of an Ordinary Fireplace and Ventilates up the Chimney. It adds that the ‘burning gas takes its air supply from a tube at the back and discharges the products of combustion up the chimney’ AND that ‘it is made to warm a supply of fresh air led to it from outside the room or it may be allowed only to warm up the air taken from the room’. These two features are remarkable, presaging as they do the ‘room sealed’ appliance of the late 20th century and a means of heated ventilation.
The latter ‘Gas Stove’ is modelled on a coal appliance largely heating by convection from the substantial cast iron body with a small section of radiant heating at the bottom where the open flame gas jets impinge on ‘coals’ made in most cases of asbestos that glow to simulate real coal. 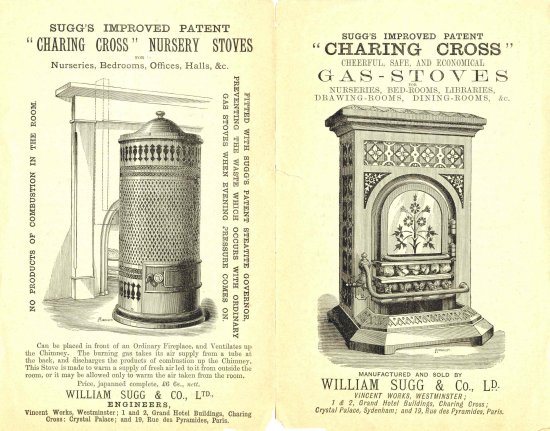 These next two ‘Charing Cross’ Gas Fires show the glowing ‘coals’ and state that they are
COMFORTABLE – CHEERFUL – ECONOMICAL.
ALWAYS READY – ALWAYS CLEAN 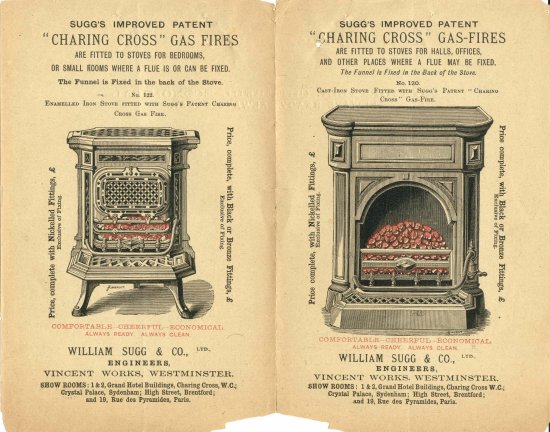 Click top right to enlarge for reading.
Do notice in the last paragraph reference to ‘Mr W Sugg’s 24-Hour Dial and Day Clock with electric bells for meals and waking the servants! Even more of interest, bearing in mind the date, is the ‘Electric Burglary Prevention Apparatus which is not going to be described “lest it might prove a warning to any burglariously-disposed reader of the Ladies Gazette.” That is quite a phrase! Picture to come. 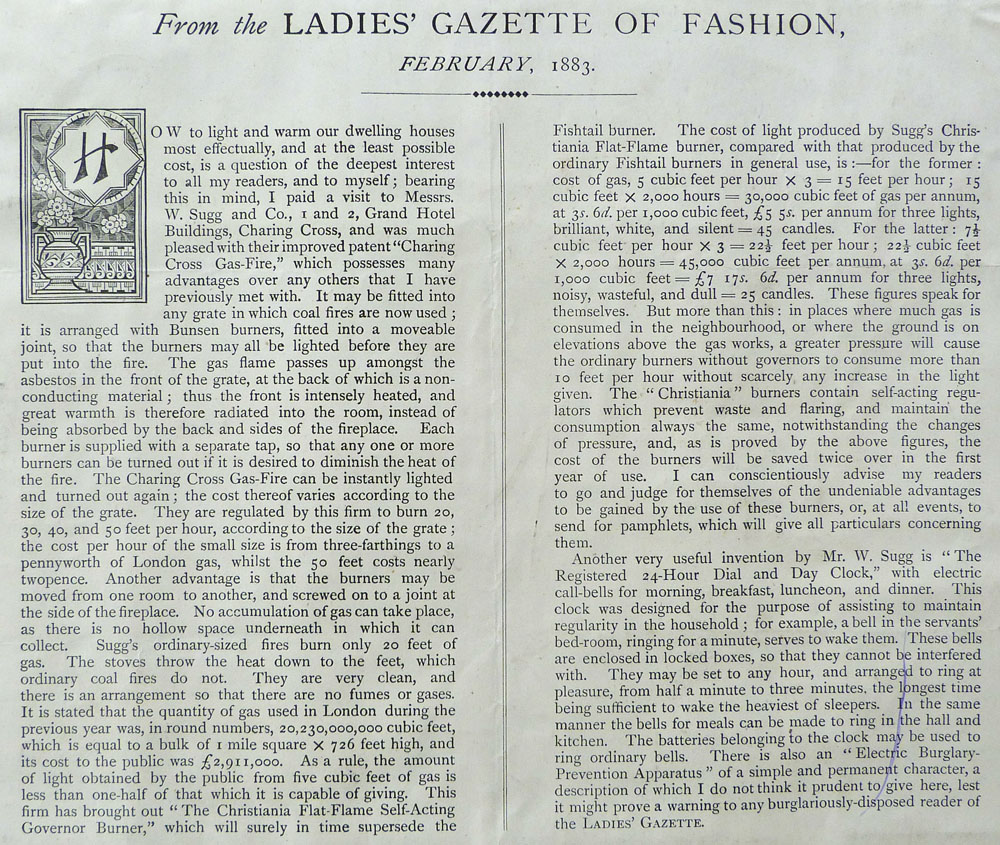 Twenty years or so later the Charing Cross name is still well in evidence as well as the attempt to reproduce the open grate coal fire, although now a log effect is being offered. Here once again William Sugg is providing a product that was reinvented nearly a century later as the ‘living flame’ gas fire. In fact the log and coal effect gas fires were also popular devices used by the film industry in their attempt to add reality to their film sets. 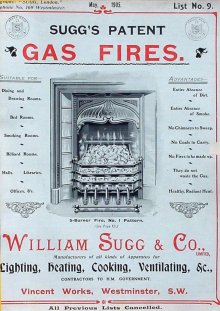 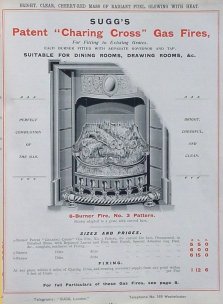