(This is an element of ‘Lighting – Street Lamps‘) 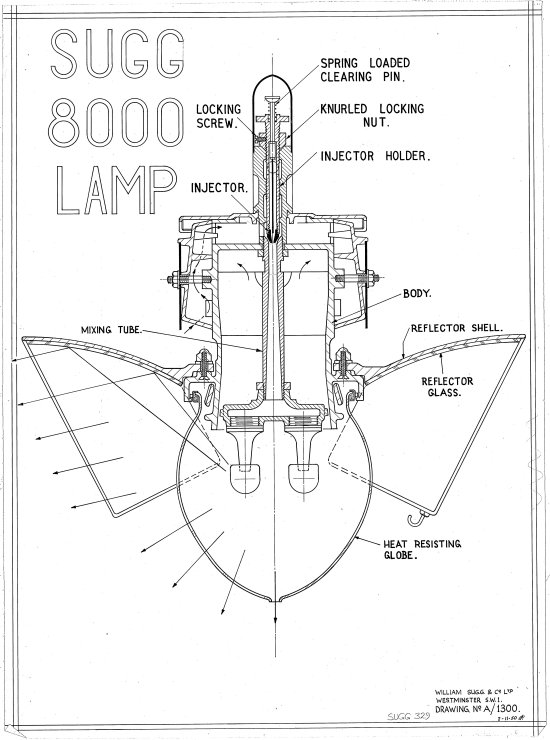 The 8000 Lamp was an important stage in the development of scientific lighting. Not only was great care taken to achieve the perfect gas/air mixture so providing a bright and unwavering light source, but the ‘wings’ were shaped to produce the maximum performance on the road and also made to swivel round a vertical centre-line such that the light could be directed around a curve in a road. The ‘wings’, which were cast aluminium like the rest of the body, were fitted with curved one-piece mirrors, unlike the electric fixtures of a similar layout which had a mosaic pattern of glass mirrors making up the wings. A third wing was available to provide even greater coverage, designed particularly for tee junctions. 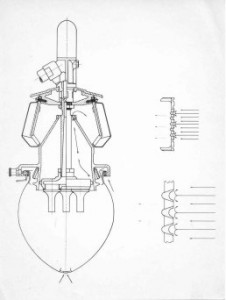 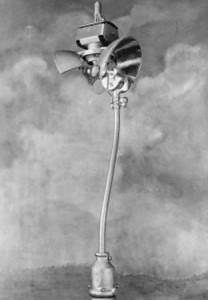 On the left above is a cross-section of the 8000 Lamp showing the specially formed section designed to ‘rebuff’ the wind with little scallops and gaps between to allow the air through. This section can just be seen in the marketing picture on the right at the very top of the glass. 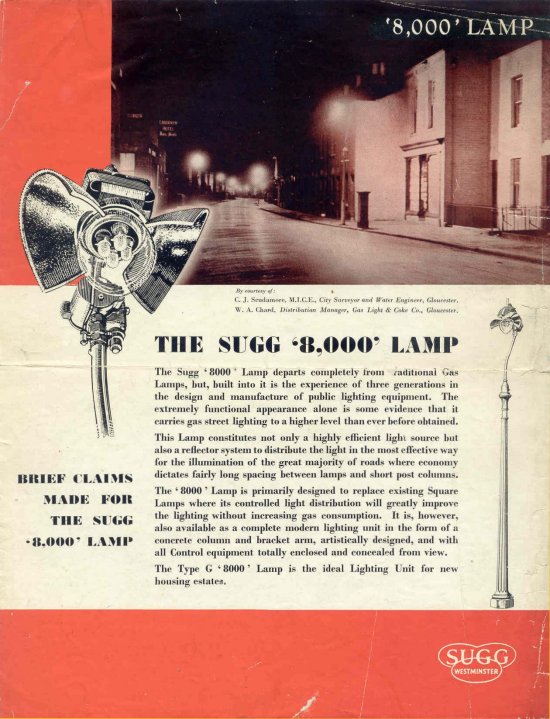 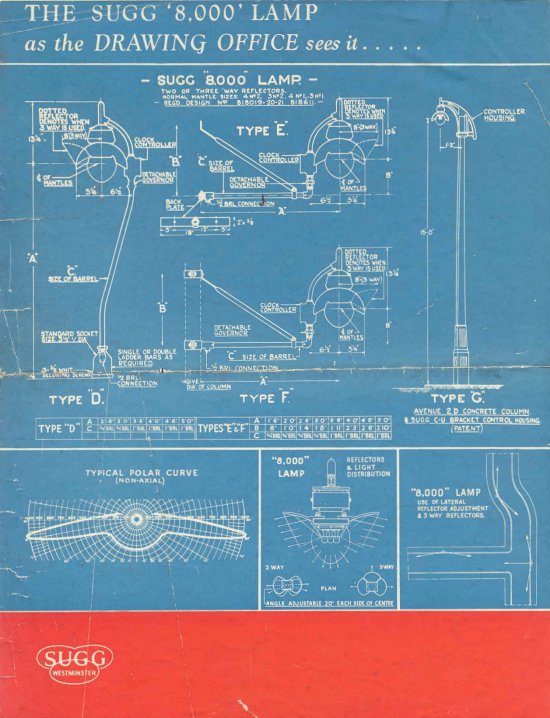 The 8000 Lamp and its literature literature were designed by Crawford Sugg, the Technical Director during a period when he also took on the position of Sales Director following the untimely death of the previous incumbent. The ‘blueprint drawings’ of page 2 are a very effective means of describing all the models, supports, performance and light distribution and are clearly influenced by his technical position. He used a similar literature design for both the Rochester and London Lamps in a distinct attempt to ‘modernise’ Sugg literature by producing individual leaflets for each product with a heavily technical bias aimed at the lighting engineer. 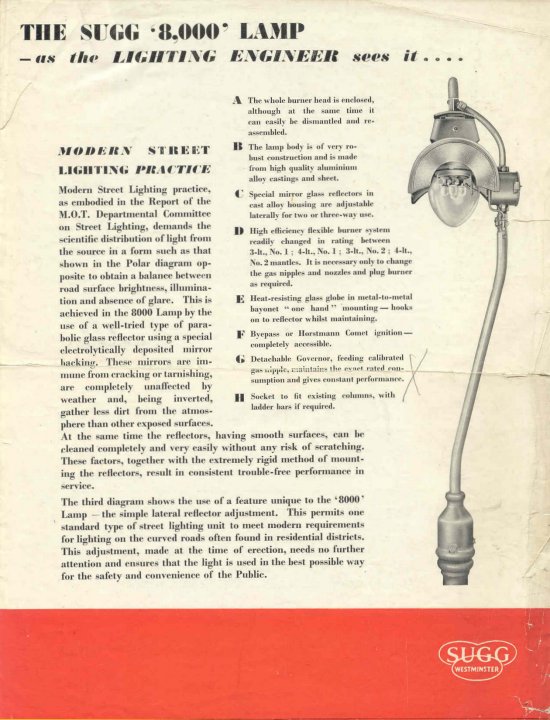 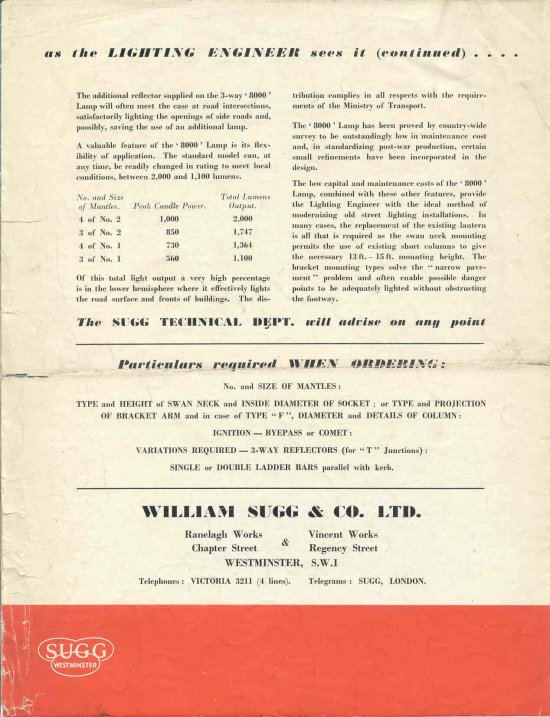 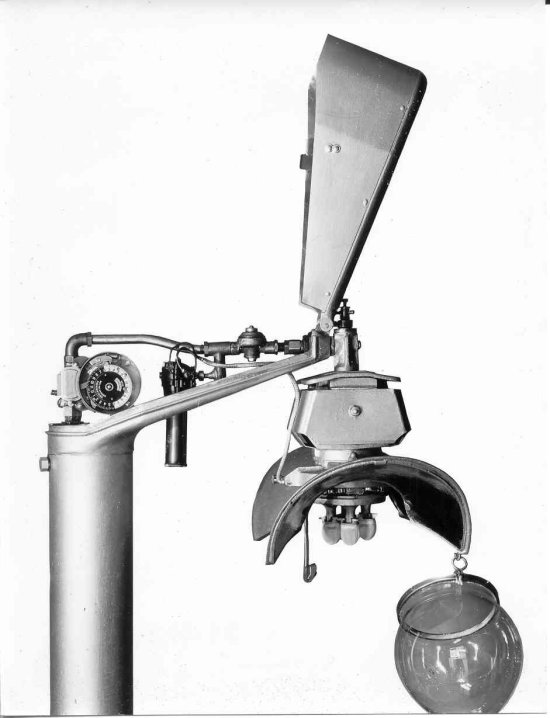 The 8000 Lamp was also offered with “Type ‘H’ Bracket Mounting” which the literature below describes as “A big step forward towards the improvement now sought by progressive lighting authorities in the day-time appearance of their installations”, pointing out that “all the control equipment is housed inside a cast light alloy bracket spigoted to the top of the column.”
Ease of access for maintenance was clearly a big feature and even somewhere to hang the glass globe was provided. In the picture can be seen the Horstmann clockwork controller, the ‘Comet’ igniter and the ‘constant pressure governor set for 30/10ths w.g.outlet pressure.’
In addition the final paragraph of the description states; “The new ladder attachment providing a mechanical lock between the top of the ladder and the column is incorporated as a standard feature and avoids the need for unsightly ladder bars and is an invaluable safety feature.” “PATENT APPLIED FOR” appears immediately after this. 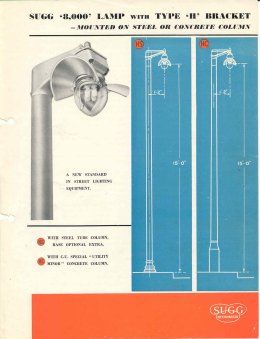 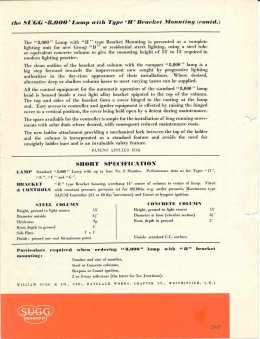 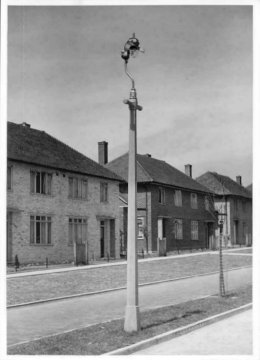 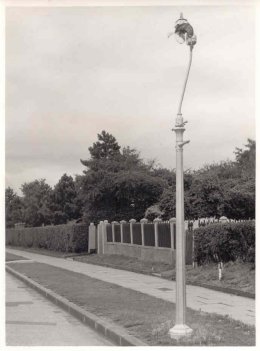 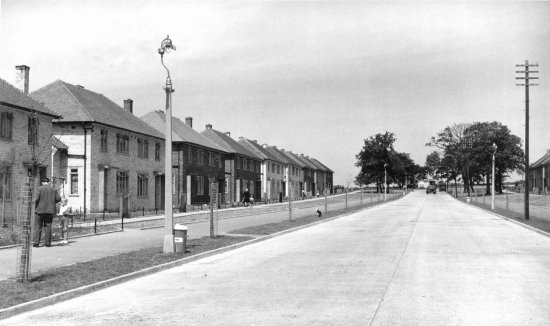 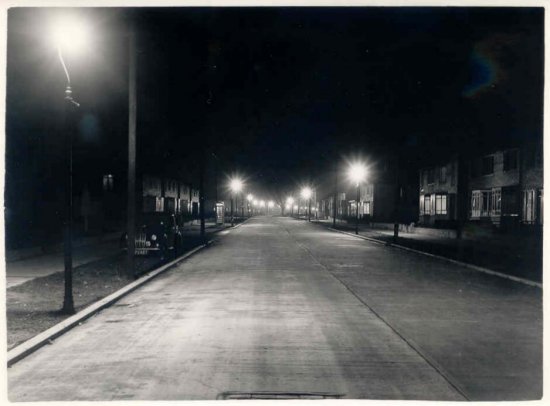 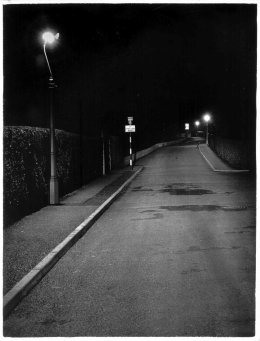 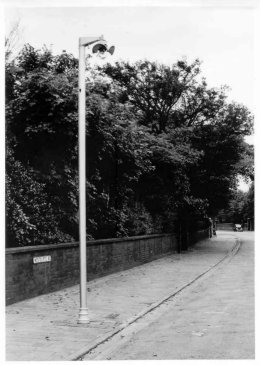 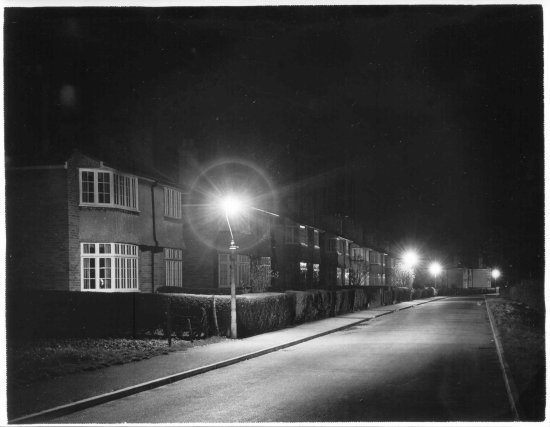 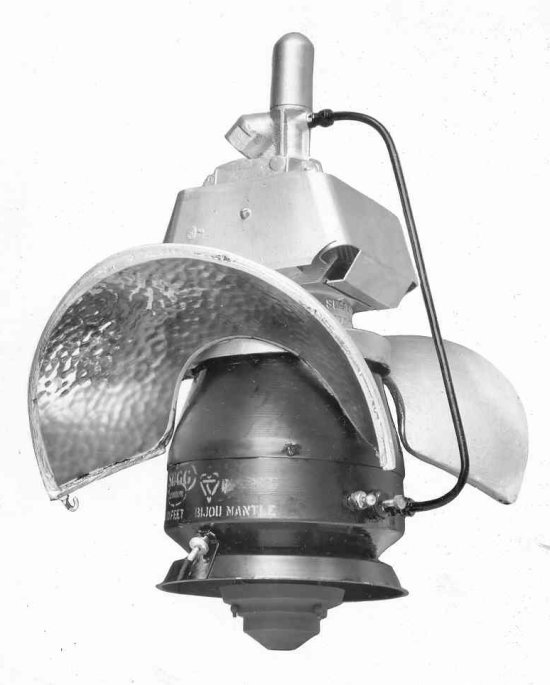 A final close-up of the 8000 Lamp fitted with the ARP (Air Raid Precaution) adaptation for war time installations. This device, designed at the very beginning of WW2, prevents any sideways illumination whilst allowing a small circle of light downwards for pedestrians which was insufficient for any bomber to pick out as a target from the sky. Similar adaptations known as ‘starlights’ were made for all the older gas street lamps in which only a small proportion of the light was allowed out to provide guidance to the pedestrian and the rare motorist at night.